Click below to see and hear Erics latest Podcast

I found William Legge, the Earl of Dartmouth, a difficult man to get on with. He was selected by SW UKIP members most of whom of course  did not know him from Adam on the deferential vote. He is an Earl. He went to the exclusive expensive Heatherdown prep school, Eton and Oxford just like Cameron. Just the sort of background that impressed UKIP SW members but goes down like a lead balloon with the general public already sick of Cameron's Eton clique. Incredibly Legge' boasted about his Cameron identical background  on last Sunday's politics show! That's how to add to the Labour vote Willie.

I participated in all the SW hustings for that slate. Legge did not impress me or anyone I spoke to with his oratory but unlike the rest of the prospective candidates he had the benefit of exclusive speaking engagements at the largest SW branches plus the UKIP conference arranged for him by the late SW RO Malcolm Wood. I well remember Alan Wood, another candidate and one of UKIP's few fptp elected district councillors, rightly complaining to Wood after the Stroud husting about this preferential treatment for Legge. No other candidate received such favoured candidate status. It came as no surprise that after Legge's selection and subsequent election in 2009 he employed Wood as his advisor and minder. Wood, who was obsessed with the aristocracy, would not  pee without asking Nigel first so presumably Legge was the candidate Farage favoured. I did hear rumours of subsequently unfulfilled expectations of largesse.

Legge's debating rhetoric deficit was most recently on show in this weeks Sunday Politics West region, click on link and use the slider to get 40 minutes into the regional part of the programme where you can judge Legge's performance for yourself and compare it with the Tory MEP who was on the show as well.

Previously he made an exhibition of himself in the European parliament throwing his papers around and criticising Cathy Ashton in what the parliament speaker called abusive terms and causing her to switch Legge's microphone off. Click link to see for yourself. He came off second best to Ashton in a previous encounter click link to judge for yourself.

The Daily Mail article of 2005, click here to read also gives some good background on Legge and his mother. Its compulsive reading. I quote

"Meanwhile, Raine's son William - whose determinedly bachelor status once raised doubts over his sincerity to the opposite sex - was yesterday enjoying a trip to the cinema and dinner with Australian Fiona.
All of which will be a blow to the woman expecting his child in March, TV producer Claire Kavanagh. William split with the 40-year-old JP's daughter from Belfast in the summer after less than a year together.
Claire is said to be still hoping that they will get back together, so that their child - expected to be a boy - can become heir to the earldom.
But there is one glimmer of hope for Claire, as a friend tells me of William's new love: "Fiona is very nice, but no one knows how serious the relationship is because she is going back to Australia soon."

Fiona is rumoured to be very wealthy which does nothing to detract from her charms.Sounds like the plot of one of Legge's granny Cartland's novels!

Legge, Cameron, Osborne plus many of the Tory cabinet members have a similar elite educational and social background. They fit Nadine Dorries, Tory MP's description, 'Posh boys who don't know the price of milk'.
Labour of course has its own Milliband aristocracy centred on London's exclusive Primrose Hill by Regent's Park, Haverstock Comp and PPE at Oxford. I was amused to hear my old BoE oppo Matthew Hancock, also PPE Oxford,  now a junior minister in twinkletoes Cable's Business Dept waxing eloquent on the benefits of boardroom diversity, women, non whites etc but he was clearly speaking about ordinary people. Its the old, old story, such concepts as the benefits of diversity do not apply to our political elite.

Legge now finds himself featuring in the Daily Mail who report his wife phoned the London police about a  'domestic' argument they had about in which room to locate a  TV in their Devon pile near Exeter. Wow! Legge was arrested on suspicion of assault, taken into custody. Click on link to read. It has also been news in Oz. Mrs Legge came from Melbourne and the story was covered in the Sydney Morning Herald click here to read under the informative headline,

I quote below from the Daily Mail story headlined:

The guts of the story is given as usual in these cases by an unamed  'friend'. I quote from it below.

A friend said the couple had had a row on the evening of November 15 over an apparently innocuous decision about which room the television should be put in at their home in Devon.
Lady Dartmouth went to bed and fell into a ‘deep sleep’. But the Earl later wanted to pursue the matter and ‘shook her awake’.
The friend insisted there was no physical altercation and said the couple had not been drinking. 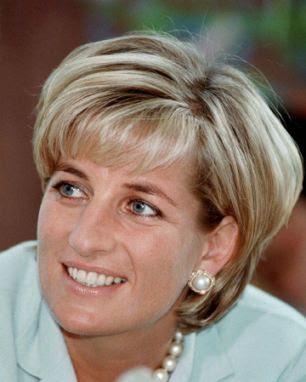 The Earl of Dartmouth is the son of Raine McCorquodale, who was Princess Diana's step-mother
He said the couple were ‘very close’, adding that they were due to travel to Strasbourg together this weekend.
In a statement yesterday the Earl said: ‘After my wife went to bed I decided to wake her and clarify my point of view. Looking back it was an unwise thing to do as Fiona was deeply asleep and became disorientated. Her alarm resulted in a call to the police.
‘By the time the police arrived, there was no issue. Fiona told them repeatedly she did not wish to take the matter further and there had been no physical altercation.
‘The police attempted to persuade her to say she had been assaulted and she should press charges even though we both separately explained it was just the sort of disagreement which often happens within a marriage.
They then placed me under arrest and I was held for several hours until they realised nothing of consequence had occurred and no charges could be made.’
Lady Dartmouth said: ‘When William woke me from a deep sleep I was rather disorientated and rang the police.
‘When they arrived I emphasised I was never going to press any charges because absolutely nothing had happened.’

The story ends with:

A friend last night said Lord Dartmouth had not ruled out a complaint against the police over the apparent leak of information about the incident.

Its  a very strange tale. Do you know of anyone whose wife when suddenly awakened by their husband phones the police? What caused this disorientation? Why did the police attempt to persuade Mrs Legge to press charges of assault if nothing had happened? Curiouser and curiouser.

The last sentence is quite incredible. If Legge pursues a complaint against the police he and his wife might be risking a charge of wasting police time.

Clicking on the various links in this piece will give you a bit more information on William Legge.
Posted by Eric Edmond at 11:22